The original portion of the Firestone building was built in 1919 by the Burdick Rubber Company, Firestone Tire and Rubber Co of Canada bought it in 1936 and gradually expanded the complex. At one point of over 50 products were manufactured at the site including fan belts, radiator hoses, military tank treads, a wringer mechanism for washing machines and employed over 1700 people.

In 1988 the parent company in Akron, OH was sold to Bridgestone Tire in Tokyo and the plant closed.

Security informed us that the ghosts of former employees wandered the flooded basements, so it was not only dangerous but too spooky to photograph.

I had forgotten about the in-camera, double exposures from my Minolta Autocord until I was looking for something else recently.

There are few more shots inside some of the buildings on my Flickr page. 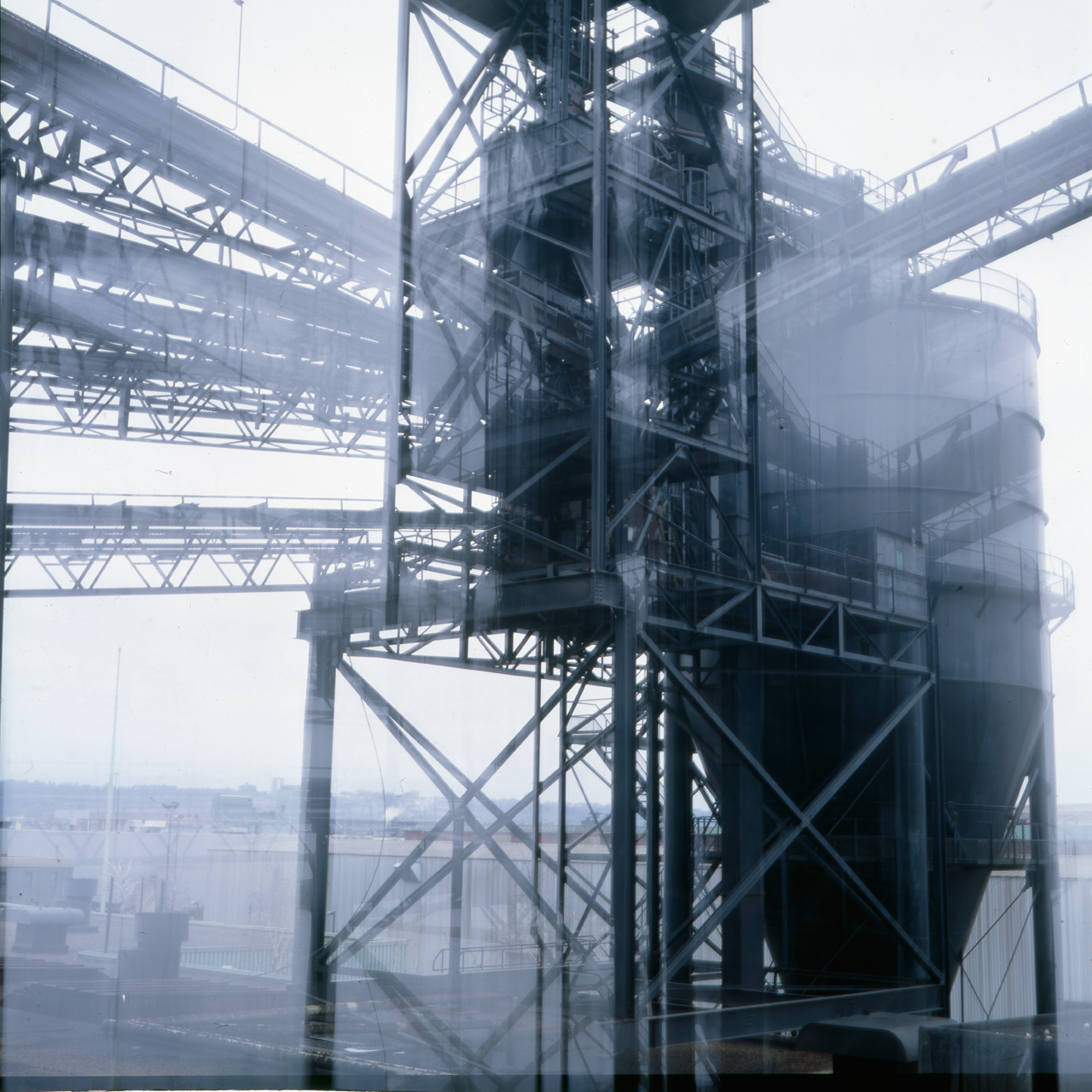 rotational visions of the beast 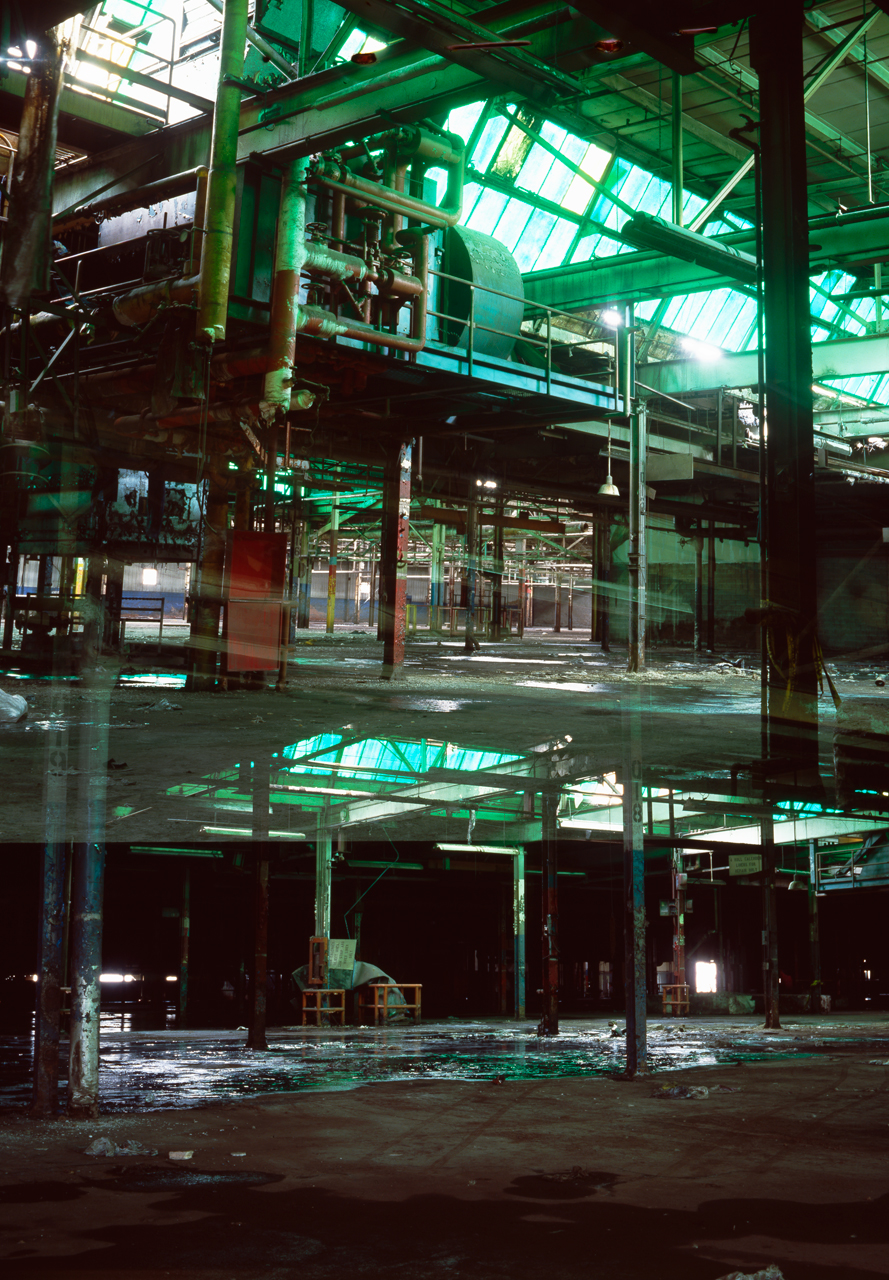