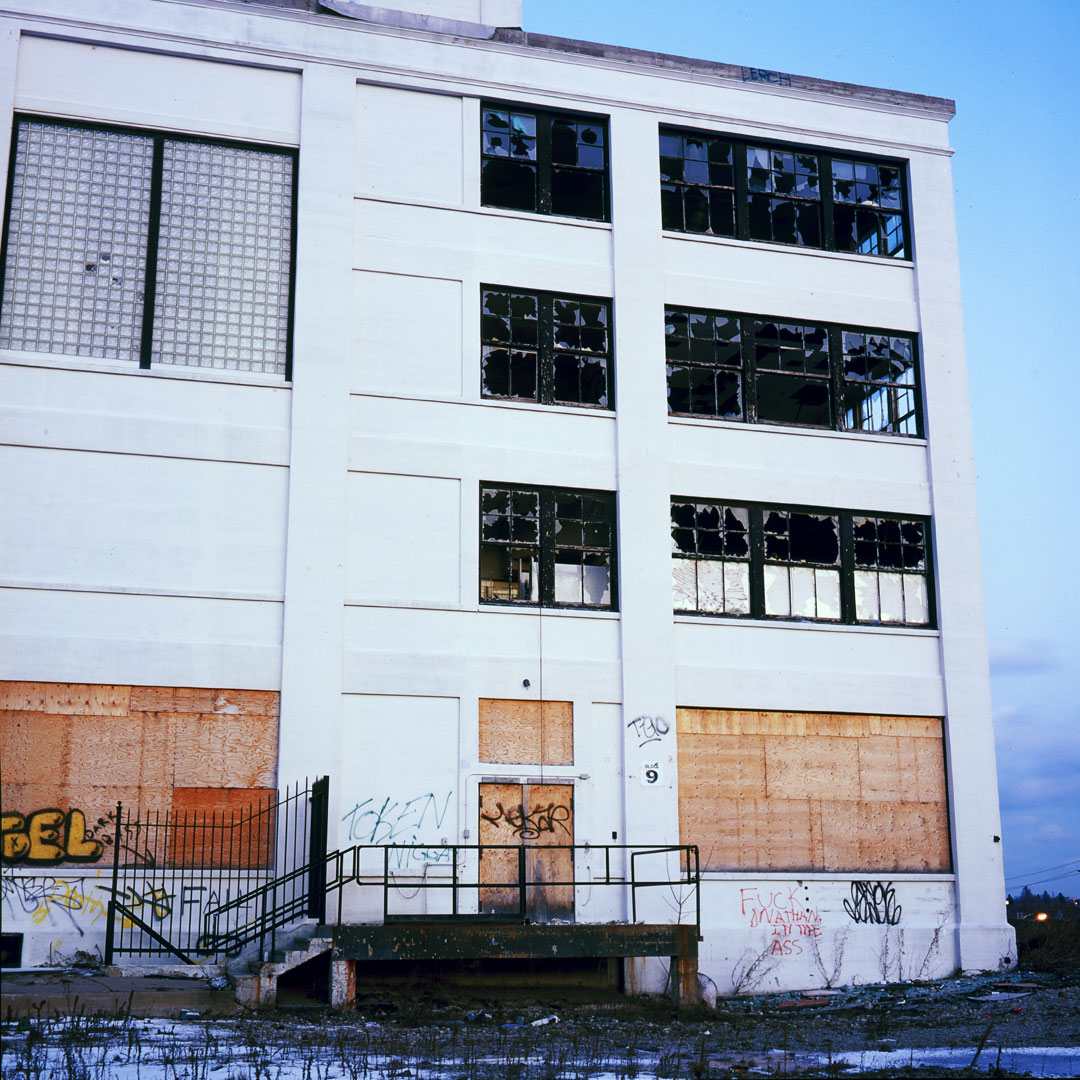 The Kodak manufacturing site in Weston-Mount Dennis is back in the news and community is really pushing to save what’s left of Kodak Toronto. I understand, through photographing vacant/abandoned sites that most buildings are destined to become highway pavement, but Kodak has always been synonymous with magic for me. My first camera was a Kodak P&S, I shot Kodak film, printed on Kodak paper using Kodak chemistry (I still do! until my supply runs out) and watching the final remaining building of Toronto’s Kodak site fall into complete disrepair and possibly be demolished breaks my photographer heart.

Kodak made photography accessible and easy for anyone who wanted to to make pictures. In a cruel twist of irony the slogan “You Press the Button, We Do the Rest”  coined by George Eastman in 1888; with the thought anyone could be a photographer coupled with the advent digital technology (Kodak having invented the core technology for digital cameras) almost brought about Kodak’s near demise. In January 2013, court approved financing for Kodak to emerge from bankruptcy was approved. So there’s hope some of the legacy will live on.

Where would photography be if it wasn’t for George and his and his employees tinkerings with light sensitive papers, chemistry, camera designs and CCDs? We’d be nowhere near where we are today!

When word hit the street in 2007 that Kodak Toronto was ceasing operations and the plant was slated for demolition, I was just getting serious about photographing vacant & abandoned buildings slated for re-purpose and demolition. My first visit to Kodak (with a friend in the know), was on  extremely chilly night in 2007. The site had just been used (according to rumor and what we saw) as a training location for explosives detonation by the military. But it was a few weeks before we got to building #9.

We photographed and toured the complex of buildings several times and then some kids/vandals and/or hooligans ruined it for everyone by throwing chairs out of building #12 & #9 and so security was vamped up and you couldn’t even stand in front of demolition fence on Photography Drive without someone rushing up to the gate to tell you to get lost.

The post midnight tour we finally took of building #9 was near the end of our explorations – it was difficult to access the building – the lights were on or the asbestos curtains were up (good time to wait) and the fact that it was next to the road kept us in other buildings – and when we did get in the building, the lights were out and as almost every room of interest in building #9 has a window I couldn’t use a flash or flashlight to light paint – as the light would bring security running, so my photography in and of building #9 really didn’t begin until it was all that was left of Kodak Toronto. But I did get to see Kodak Toronto’s recreational building in all it’s magical splendor (albeit in the dark) – the staff cafeteria, the darkrooms and gymnasium before it was completely decimated by the demolition crews, vandals, graffiti, the elements and neglect. I really felt  devastated to see yet another building/factory/site still very full, of very useful equipment, antiques and materials closed to the public and declared trash. And I will admit we broke the take nothing but pictures, leave nothing but footprints explorers rule and picked through the “trash” for useful things to use or share. For the record though, it was all dumpster diving, we didn’t rob or loot.

I am hopeful that Metrolinx and the Mount Dennis community can work together to breath new life into the building. A perfect example is the Field House that was once the offices of the Canada Linseed Oil Ltd company that provides washrooms, a meeting space, a kitchen for park users, storage and a winter home for the Farmers’ Market, and hose storage for the ice rink. More about the Field house is available here.

I’m excited to also report that I’ll exhibiting some of these images at the Mount Dennis: Toronto Public Library in July 2013! Details to be announced…