And you shall say god did it. #detroit #graffiti #instablog #photooftheday #blackandwhite #filmisnotdead 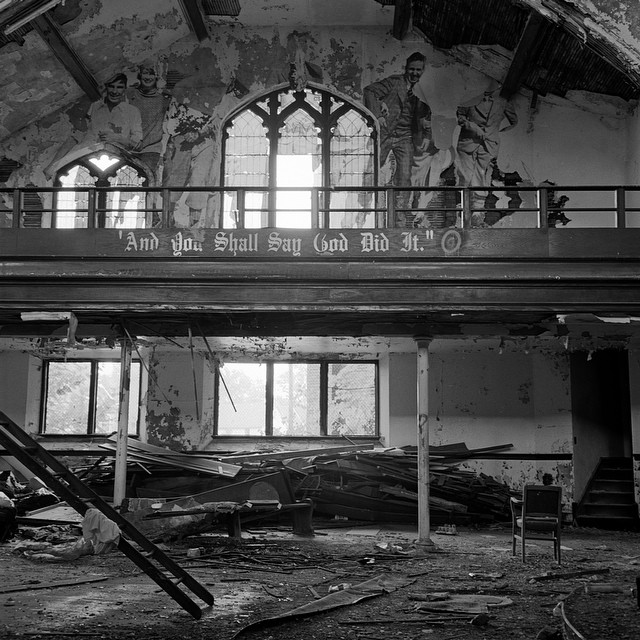 Photographing this church was short and bittersweet. A neighbor called the police and reported that we were inside and that we were vandalizing the space; so we spent most of our time inside motionless, eyes following the long beam of the officers flashlight as he searched for us from the windows. After the police departed we left and encountered the neighbor, Duane, who was furious with our presence (and video taping us). Despite the fact we were all carrying cameras and tripods and not spray paint et-al, he remained unconvinced of our “innocent” purpose to photograph the interior of the church. When we parted ways with his email address and telephone number and then found this note on our van.

I reached out to Duane when I got home, sending him photographs of the interior of the church – he has never been inside. I even offered to mail him a copy of our book – to convince him we were not graffiti artists and just photographers. His response was terse – he was not impressed by the beauty we describe seeing inside abandoned buildings, unless we were “talking about the graffiti”.

I think I understand his perspective and responded with an invitation to talk about his perspective of our encounter. I was hopeful that more dialogue would transpire between Duane and I, but he did not responded to my email.