James Franco is in Guelph Ontario’s Ward neighborhood shooting a miniseries based on Stephen King’s book 11.22.63  and people are camping out to catch a glimpse of Franco and possibly get a selfie with him. 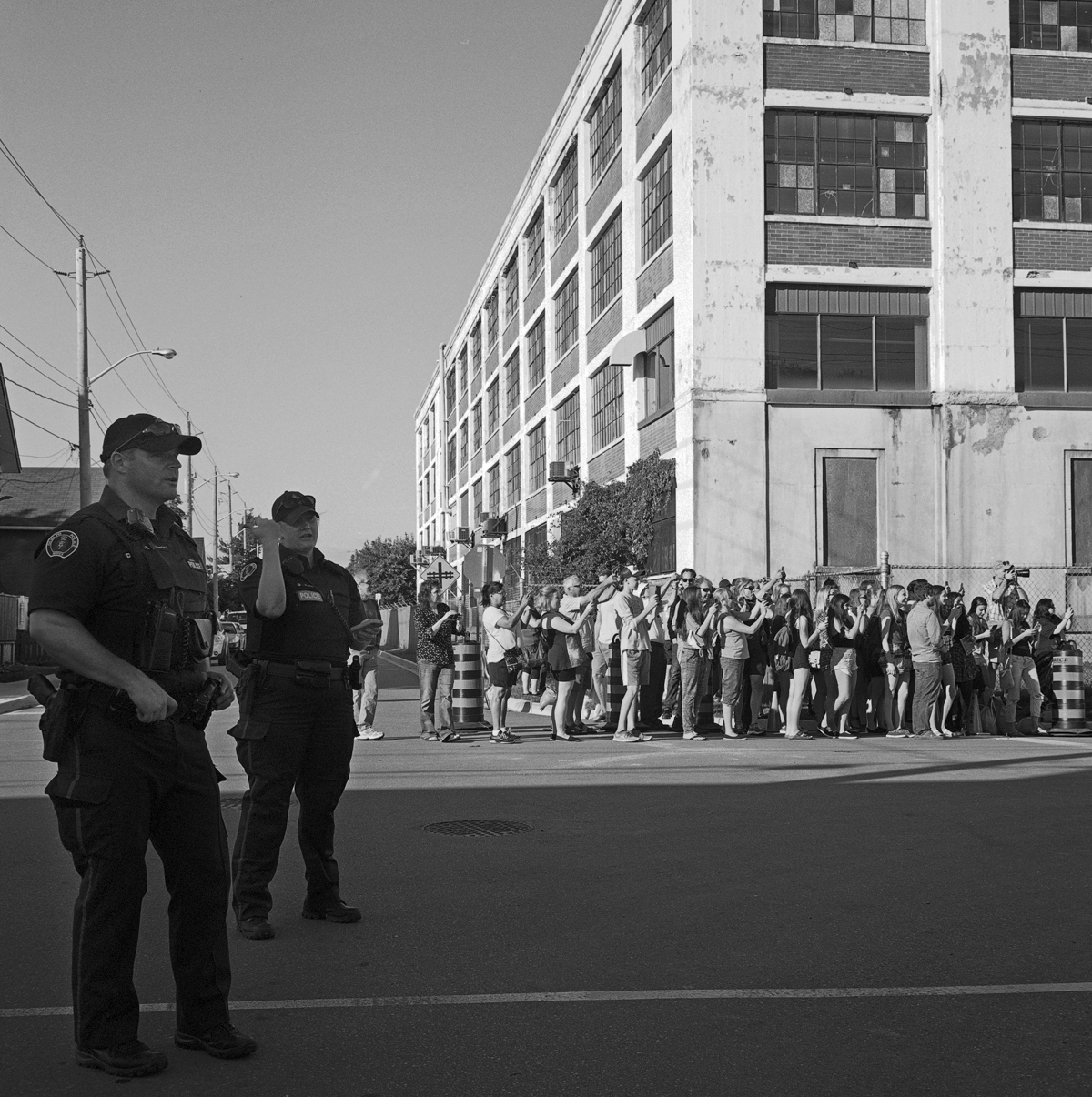 Last night I decided to check out the pandemonium in the Ward and see if I could get a shot of the 1950’s diner that was built for the miniseries with my Rolleiflex (and maybe get a shot of Stephen King – I love his books). Sadly the area is completely cut-off and I could only see a few letters of the diner, so I thought some shots of ravenous Guelphite fans would be fun. I arrived at the corner of Alice and Huron Streets about 4 minutes before James Franco appeared for a lemonade photo-op and  a crowd selfie. 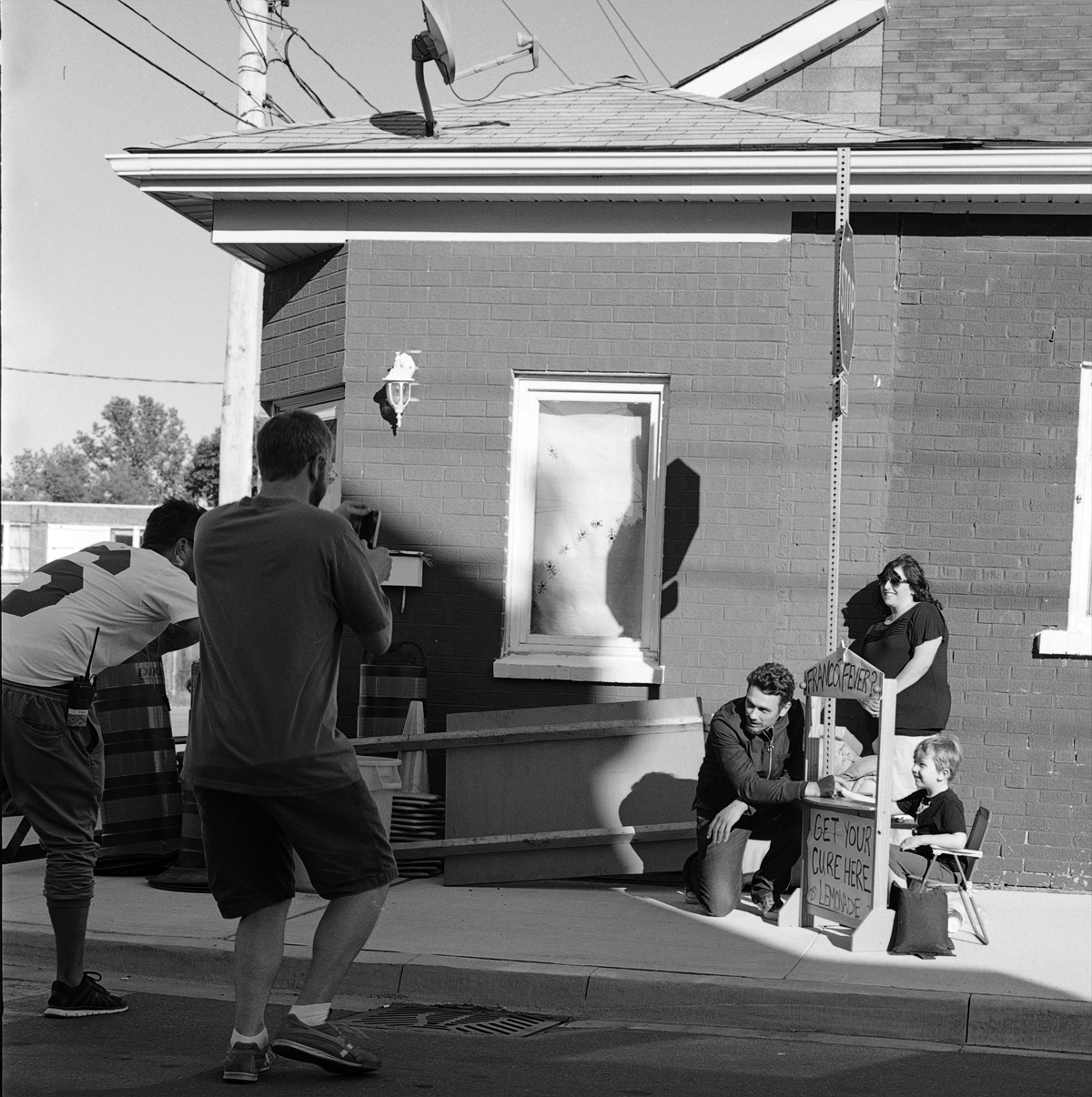 And this morning I found out that the mother of the little boy selling Franco Fever cure-all-lemonade in this shot is a friend of a friend! Guelph can be SMALL.

And then everyone crushed James Franco for a photo and with that it was over.  Sometime after this, a 19 year old kid crashed his motorcycle here with pockets full of crystal meth; but I had gone home by then. 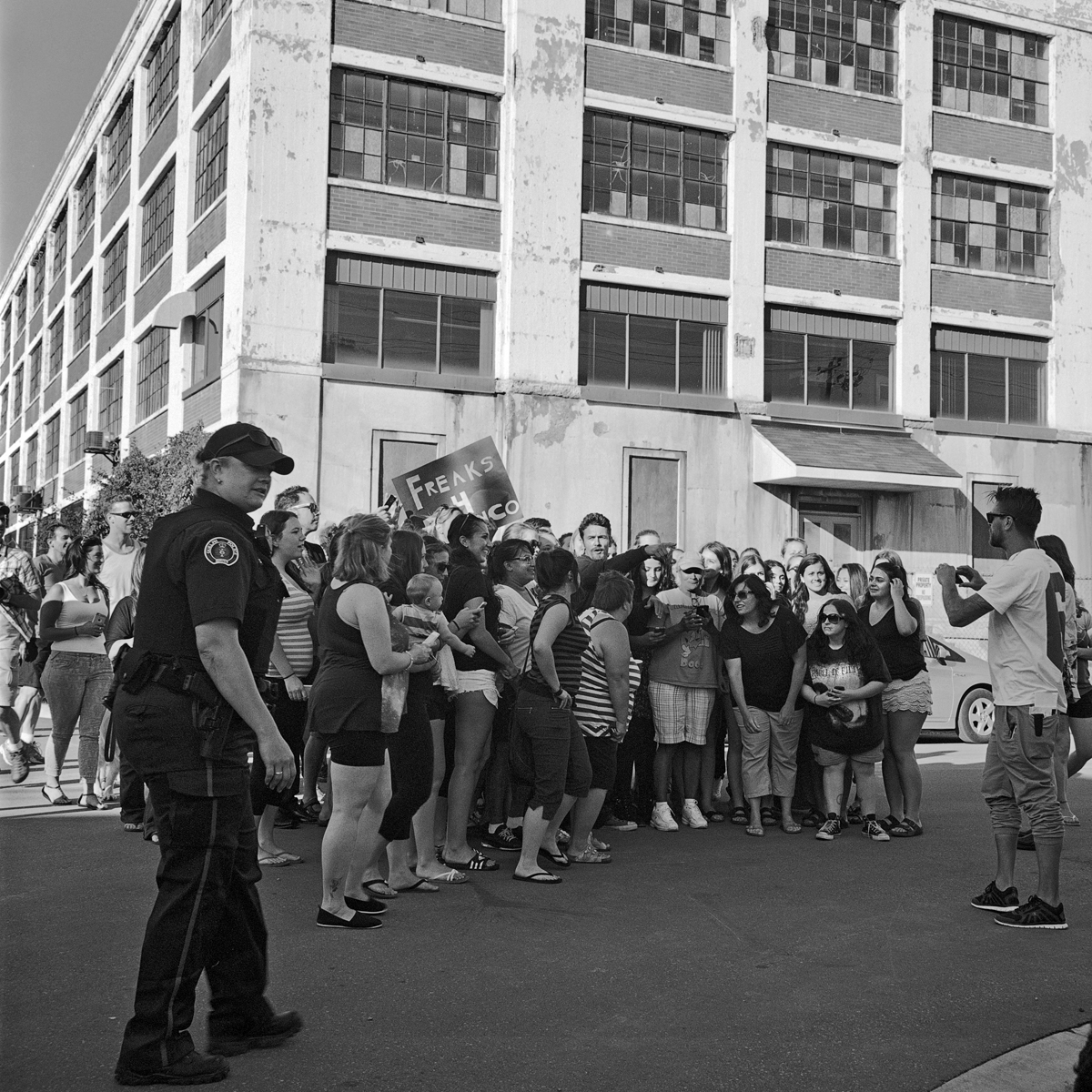 As an end note: It’s pretty generous that James Franco or anyone else “that is famous” makes the time to meet their fans or celeb junkies etc. – because when I am working the last thing I want is my rhythm and focus to be interrupted.

1 thought on “Freaks 4 Franco in Guelph, ON”