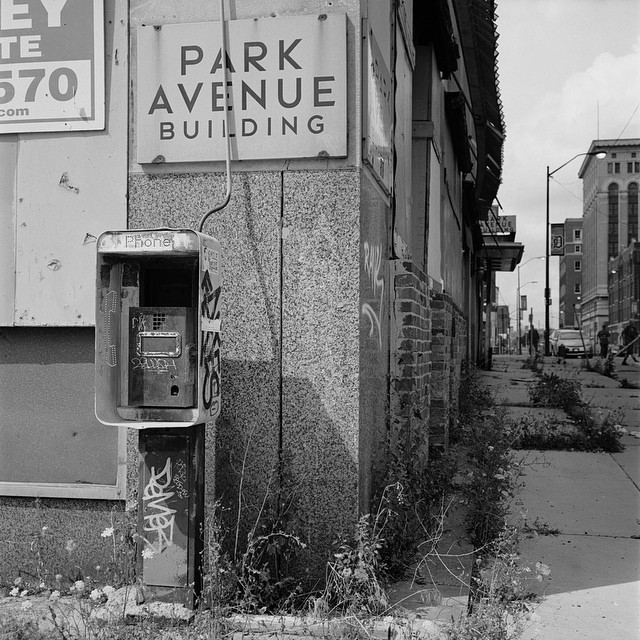 The Park Avenue Building, part of the Grand Circus Park Historic District in Detroit, MI.
When I was in Detroit in early September 2014, it appeared demolition of the Albert Kahn designed Park Avenue Building was imminent. Since then the developer/owner Ralph Sachs has been ordered to mothball the property and conduct nuisance abatement to prevent further damage.