Nuit Blanche is a photographers playground, thousands of people, interactive art, massive installations and the city at night as a backdrop – it just doesn’t get much better.  Since 2006 (in Toronto), thousands of photographers have flocked to downtown Toronto to capture something awesome from Nuit Blanche. I know. I am often one of them.

Even the absence of people is interesting during Nuit Blanche. But you make a choice, you are either an observer/record maker of the night or a participant. I’ve envied people who wander around Nuit Blanche with nothing more than a coat and wallet. I want to be happy and unable to see pictures at every turn. But I’m not that person.

And so I’ve lugged my fair share of gear over the years to Nuit Blanche.

I wish I could say to date my best or favourite photos  were from the nights when I kept it simple and carried a rangefinder or P/S.  They’re not.  My best nights I carried too much gear (several cameras – digital, p/s, TLR and SLR w/more than one lens) and used it all! One year I tried to go with just an SLR*,  but creative shooting at night demands the accessories of photography or a love of lots of grain and I was unhappy with my photos.

But just to be a devil’s advocate, this year I’m going to take only my 35mm f1.4 Ai-s and focus on the people experiencing Nuit Blanche* and see what happens…

To date my favourite pictures are the series I took from the CN Tower observation deck in 2006/7. Twenty photographers, one hour and the freedom to shoot from the top of the world’s tallest free-standing structure at night.

360 observation (self portrait): This image was also included in the CN Tower 2007 Nuit Blanche exhibition. 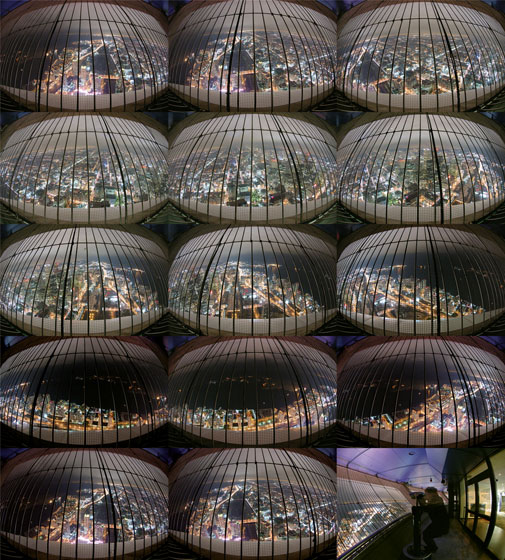 View from the CN Tower. This image appeared in my BlogTO post about Nuit Blanche 2007 and was featured yesterday on Vistek’s Canadian Imaging Blog! 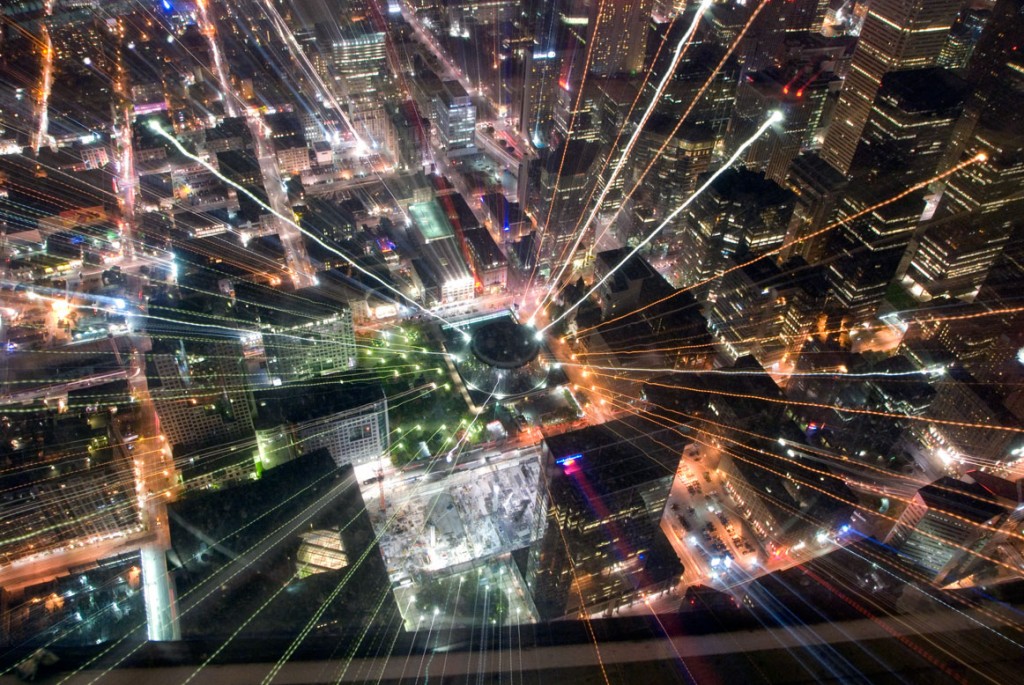 *I was a witness to a violent crime during Nuit Blanche in 2009 and almost had my camera confiscated as evidence FYI: you shoot a crime in process and bye bye camera! For the record, I did not shoot the crime, just the victim earlier in the evening.