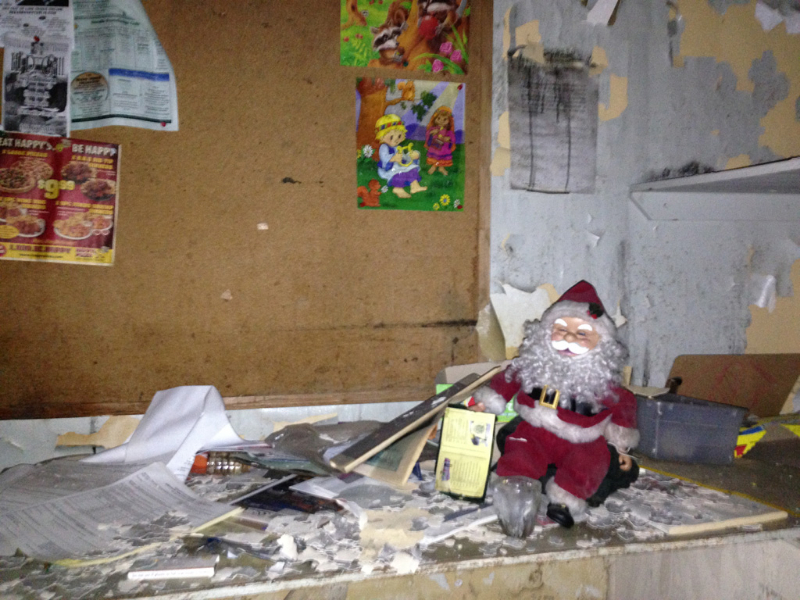 The blight of Detroit, it is a photographers visual playground. The city despite feeling deserted, dirty and very dark at night (in some areas), is absolutely gorgeous. It boasts one of the largest surviving collections of late 19th and 20th century buildings :  Art Deco Skyscrapers, Neo-Renaissance hotels, Romanesque churches, Gothic Revival designs as well as Contemporary, Modern and Post Modern structures. There was a lot of money in Detroit in the early 1900’s and those who had money commanded their architects to build only the most impressive and beautiful buildings.

Not only is it beautiful, but there is access to almost anything you want to photograph. There are no entrances fees, line-ups, fences, barricades (commercial ones I mean), barring access to the exterior of any structure. There aren’t really that many people either. And if you want inside a building, for the most part it’s possible and that is where the city gets interesting.

I love photographing the interiors of vacant/abandoned buildings. In part because I wouldn’t likely have access to them when they were active sites (prisons, slaughterhouses, peoples homes, hospitals etc) and because of the visual mystery left behind in the abandonment.  There is beauty in the  failure of a building.

Earlier this month I visited Detroit with friends so I could return to photograph and explore more of Highland Park as well as photograph some of the more beautiful sites in Detroit that have sadly fallen into ruin . We had fabulous luck and opportunity with the  assistance of free data roaming  and allowing our curiousity to lure us away from known UE sites. 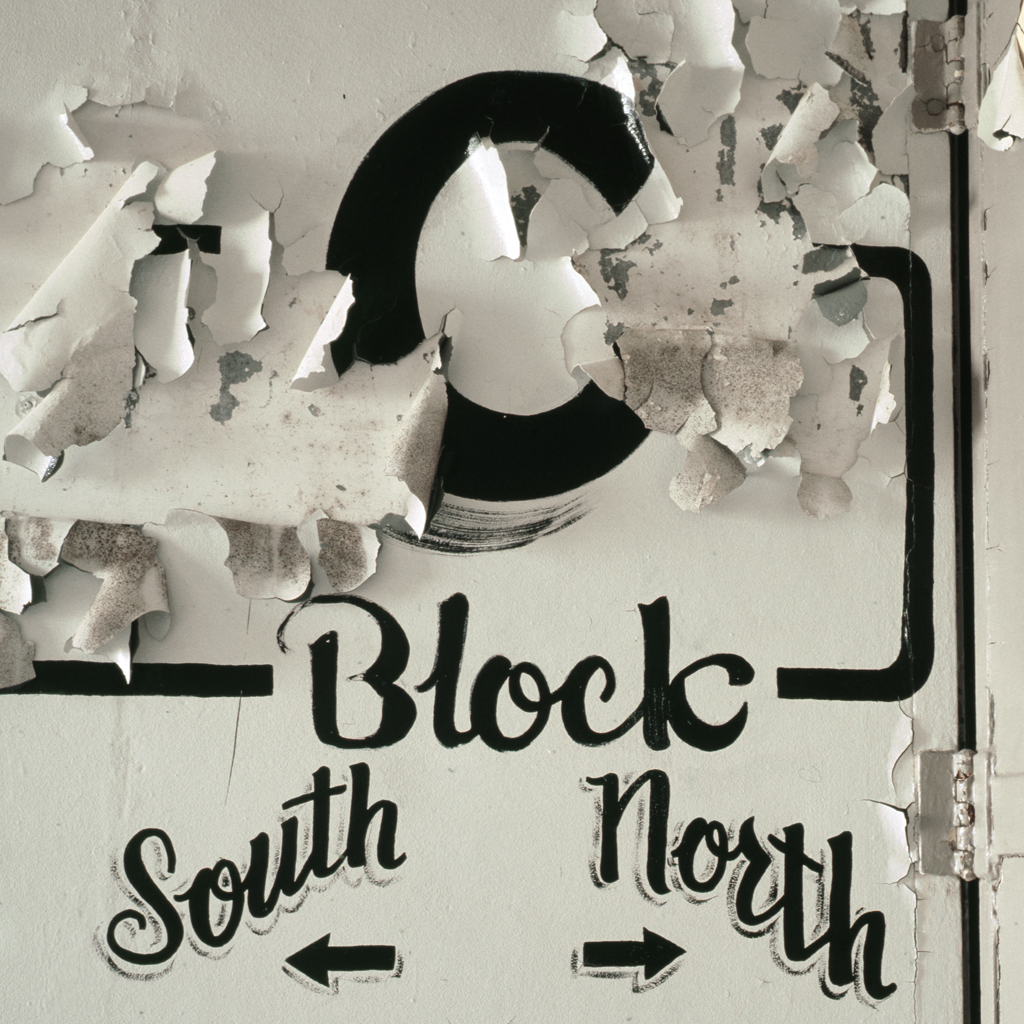 Unequivocally  my favourite visit on the trip was the Western Wayne Correctional Facility. I am fascinated with prisons, structurally, historically and socially.  The idea of incarceration is terrifying and depressing, it the last place I would hope to ever be as either employee or prisoner. I have only been inside 4 prisons/jails (with my camera of course) but every time  I get inside one I am always overwhelmed with a combination of panic and manic excitement. Western Wayne was no exception (it could have also been the felony threat to trespassers), the jail was “awe”some. Almost untouched by vandals and graffiti, the prison was a structure slowly succumbing to the elements; every layer of paint ever applied in it’s 19 years of operation was peeling from every surface and nature was attempting to begin it’s consumption of the building. We spent more of our time  examining the idea of being incarcerated there than actually taking photos. Once inside, no matter the angle of view, all you could see were bars and long horizontal lines stretching into the forever of incarceration, which I understand is innate to prison design, but I just can’t imagine that as my reality, it was very unsettling.  The fact that the cells and holding pens were lastly painted white was also strange, although peeling, it was pristine, there wasn’t anything written anywhere, you know, personal thoughts by the incarcerated. We assumed the spy holes in the back of every cell, (complete with access to lighting the cell) might have been the strong deterrent to make a mark anywhere. 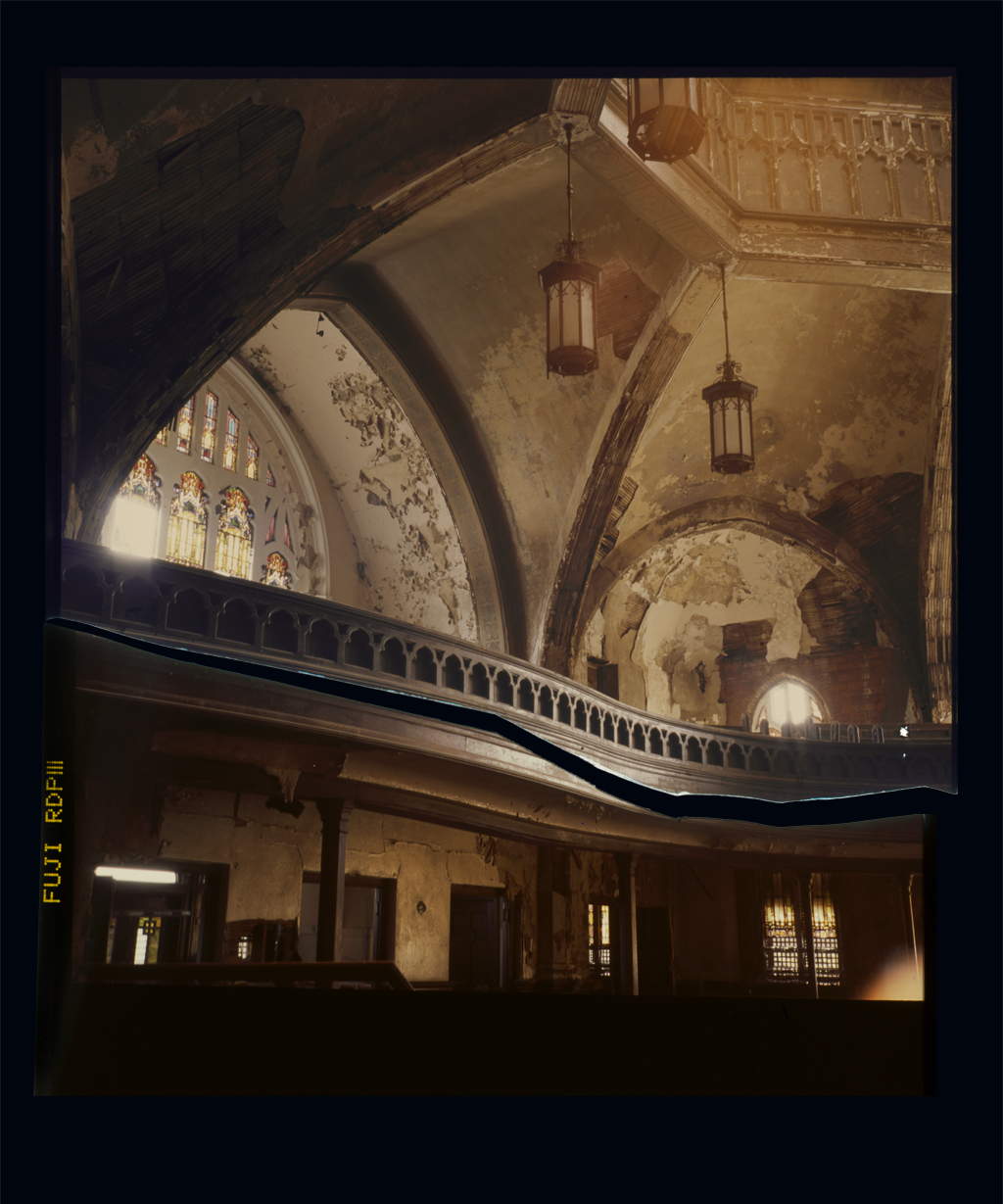 The most beautiful site I photographed was The Woodward Presbyterian Church. While were there the sun came out and illuminated the church with a golden glow and it was majestic  – you could almost hear an angelic choir singing “ahhhhhhhhh” when the sun streamed in and lit the wall behind the pulpit.

The weird factor on our trip was the presence of Christmas and December holiday-esque decorations at every single place we photographed, even the very abandoned, completely ruined theatre in Highland Park still had very intact “Season’s Greetings”banners littering the “floor”! Usually you find decorations at most sites, but there were Santas and trees and poinsettia’s out in the open, not in boxes and closets, at every place we entered.

As per my usual MO, I took a too many photos with my iPhone (that recent 5″x7″ prints I made from actually turned out quite stellar!) and here are many of my favourites from: Western Wayne Correctional Facility, The Woodward Presbyterian Church, King Solomon Baptist Church, Best Academy, Metro Emergency Services and Packard. Eventually I will get the film processed and scanned and add those to the gallery… eventually. 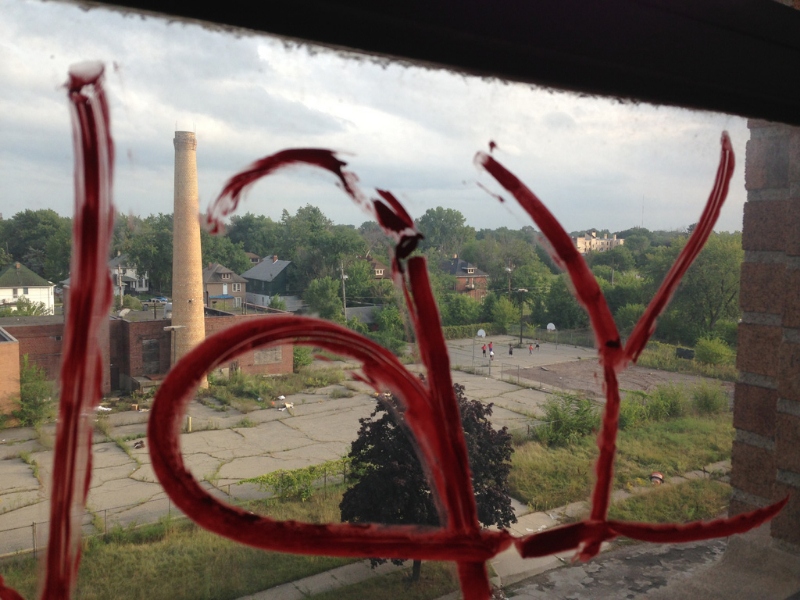 Because there are so many images I have created a Detroit 2013 gallery page for my photographs.

* If you’re going to be Detroit, may I recommend Hot Taco as your lunch destination? They have absolutely amazing, cheap and delicious tacos – a perfect place to take a break when you’re visiting Detroit with your camera.

*As usual, more photos with my Rollei are coming, they have to be scanned and processed first!