… or the house fly death mask….

I had some time to play in the studio last night and coincidentally had just discovered a large dead fly. I used to be repulsed by flies, perhaps it has something to do with the Save the Children commercials from the 1980’s? Now that I live closer to nature, I am more grossed out by the mouthpart of the mosquito – but I digress.

I have been photographing the decay of plants in macro for a number of years and when I saw the fly, I immediately thought of photographing a macro sized death mask.

The fly was shot handheld using my Nikon D7000 with a reverse mounted Nikkor AI 50mm 1.8 lens and lit using an 80 lumen flashlight for with two Ikea 4W bulbs (for warmth) on a small mirror with 10x reflection.

In the featured image (if you can’t “see it”), is card #31 of the Empire Strike’s Back O-PEE-CHEE Star Wars trading cards series featuring Chewbacca. 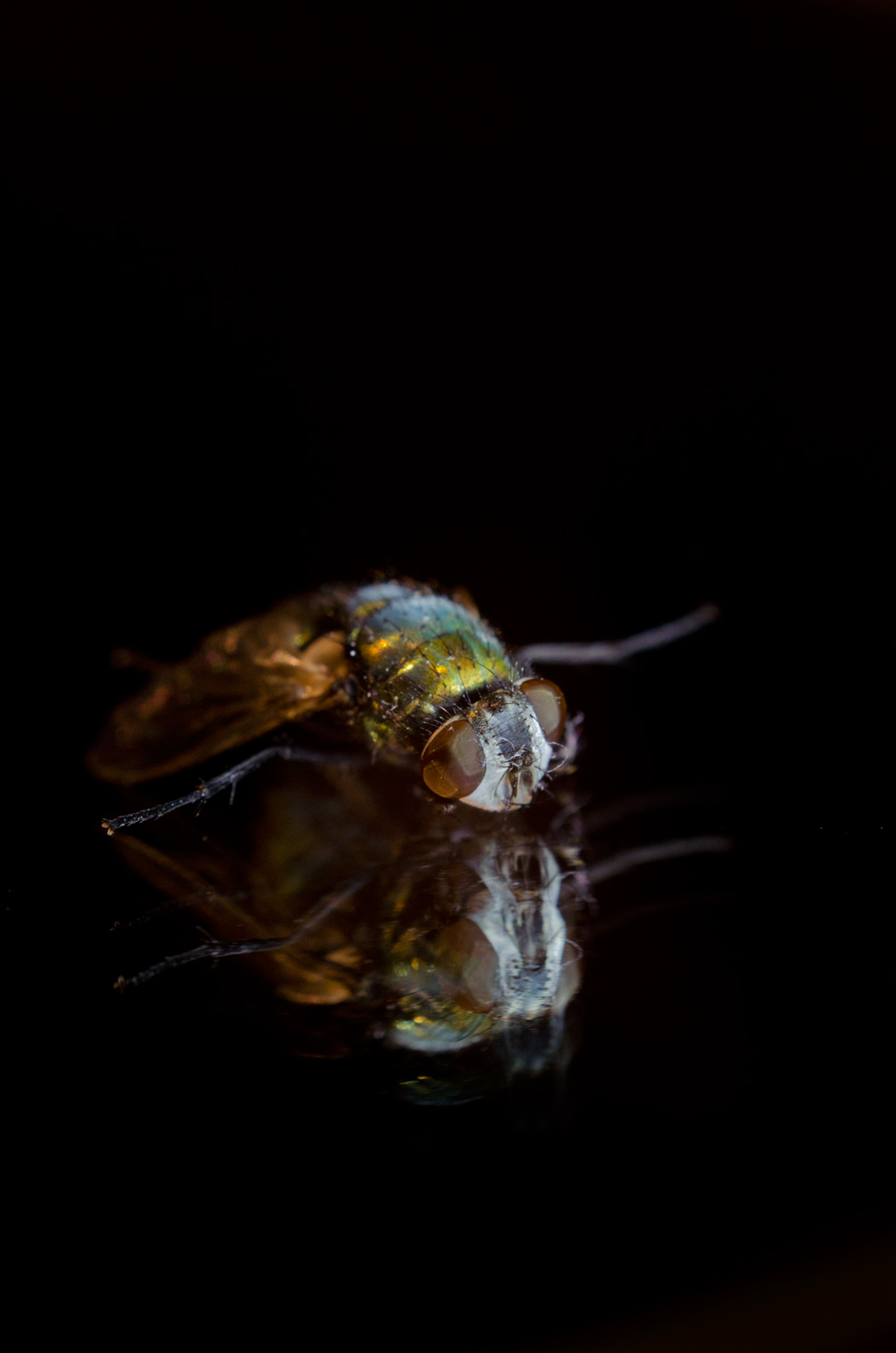 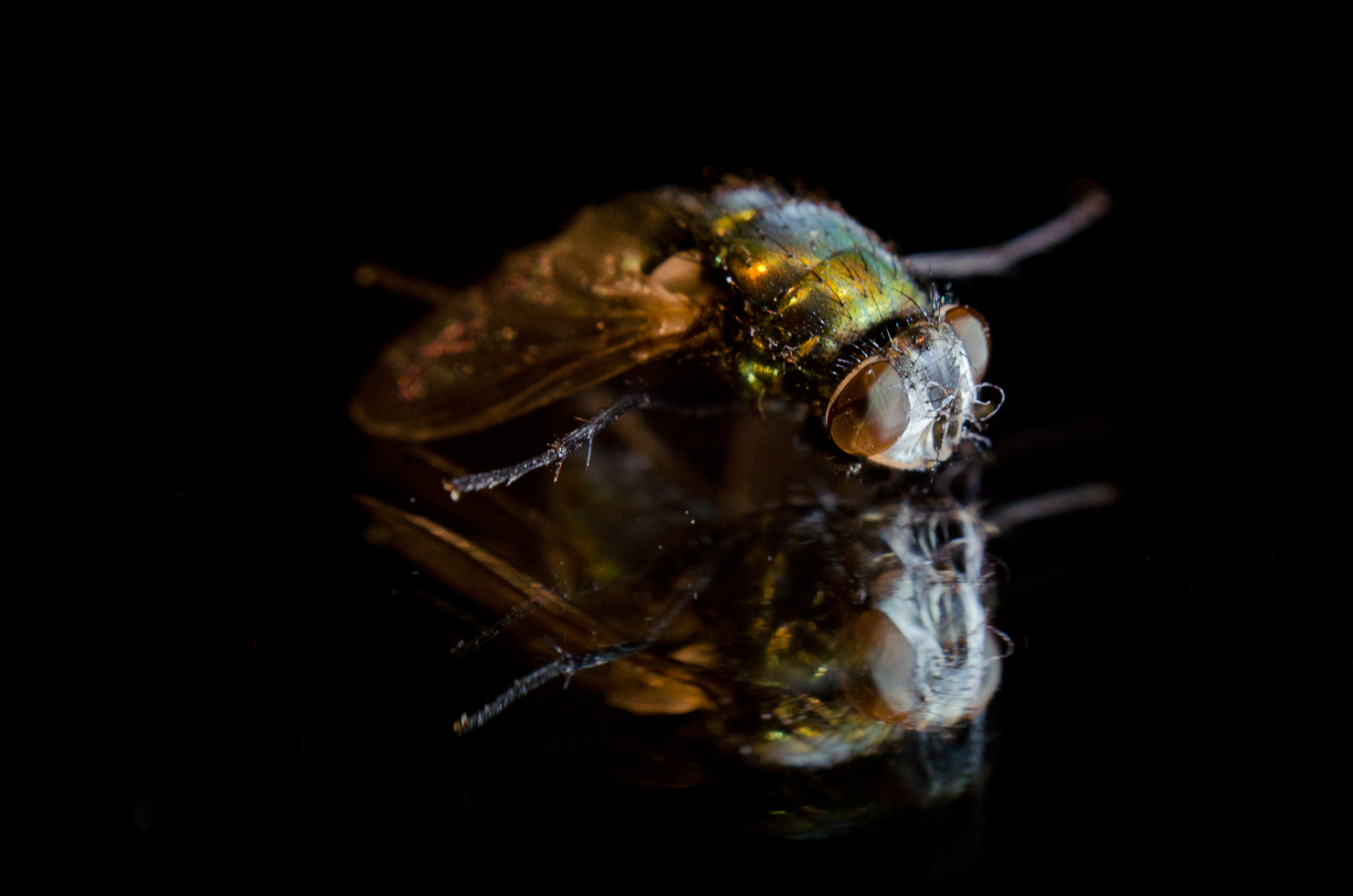 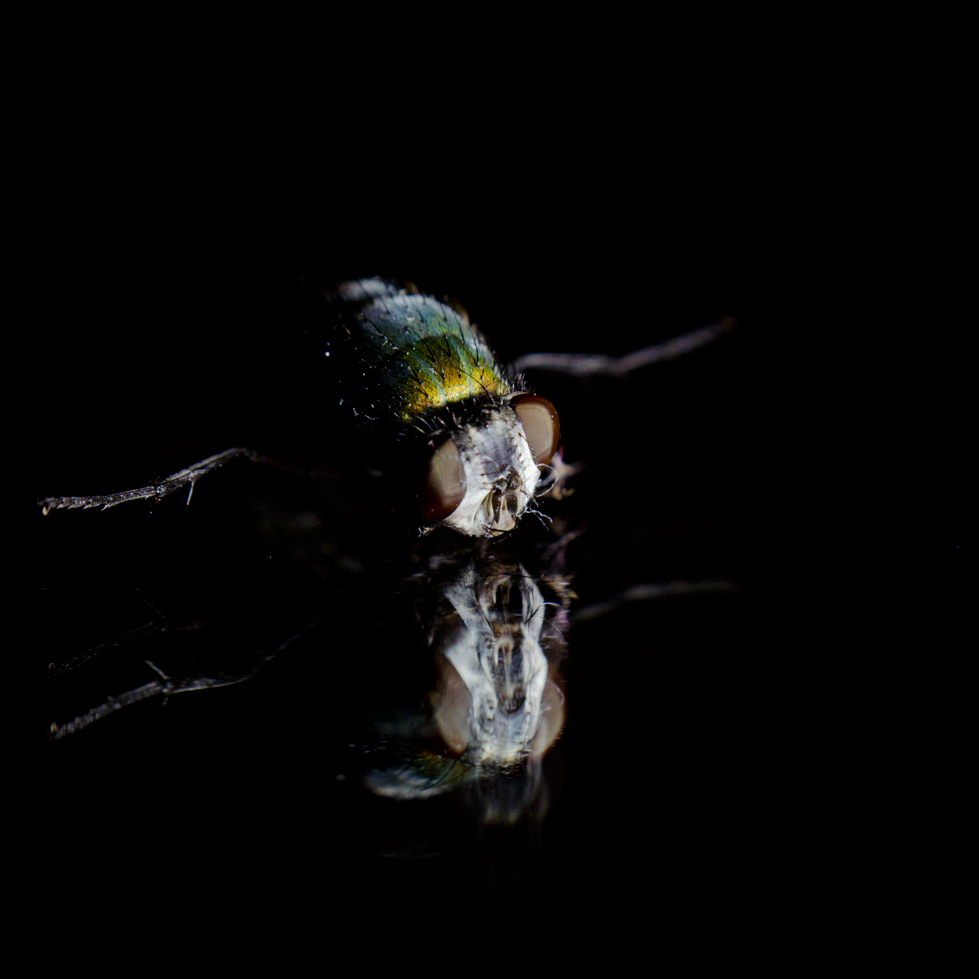 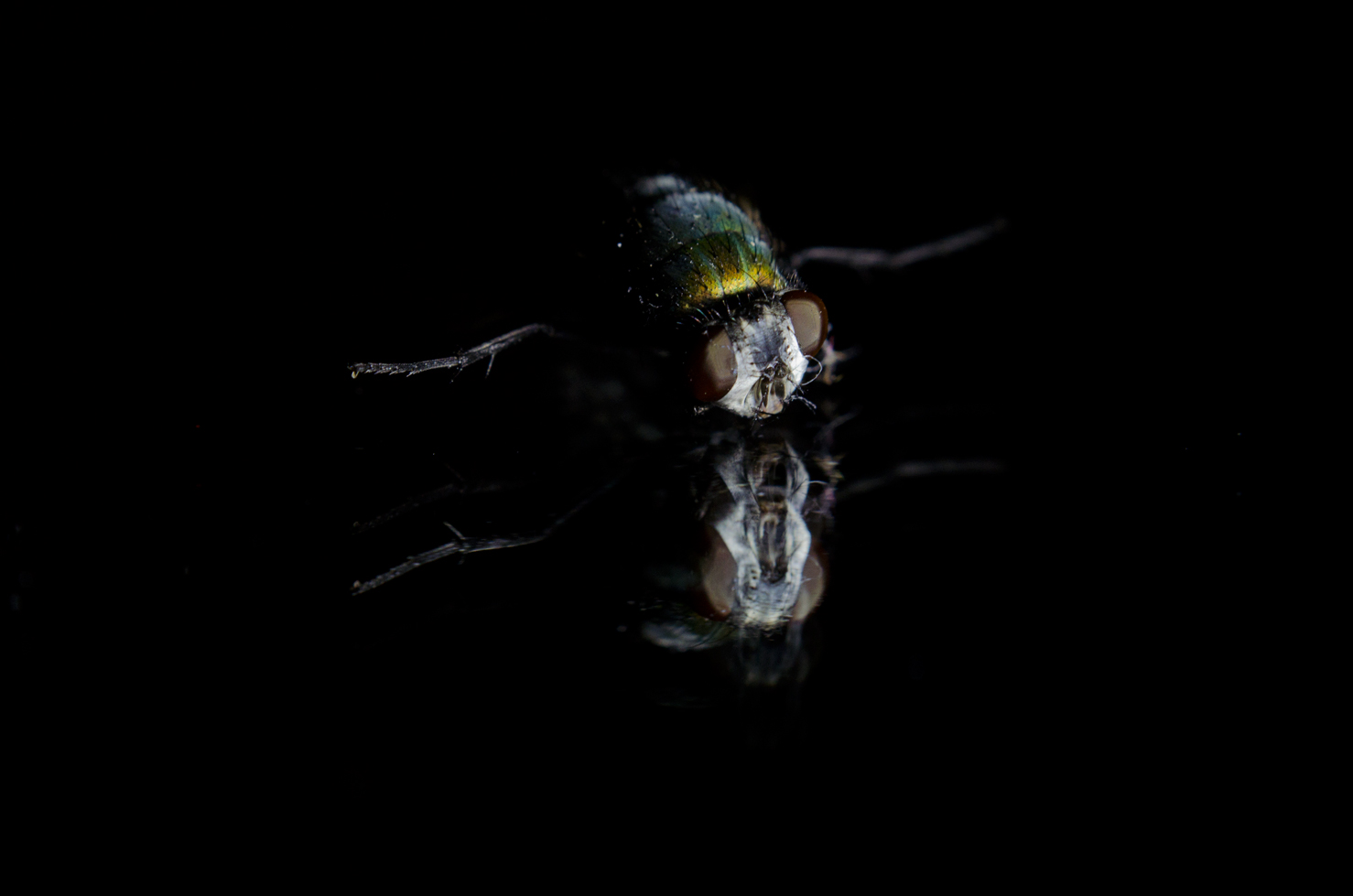