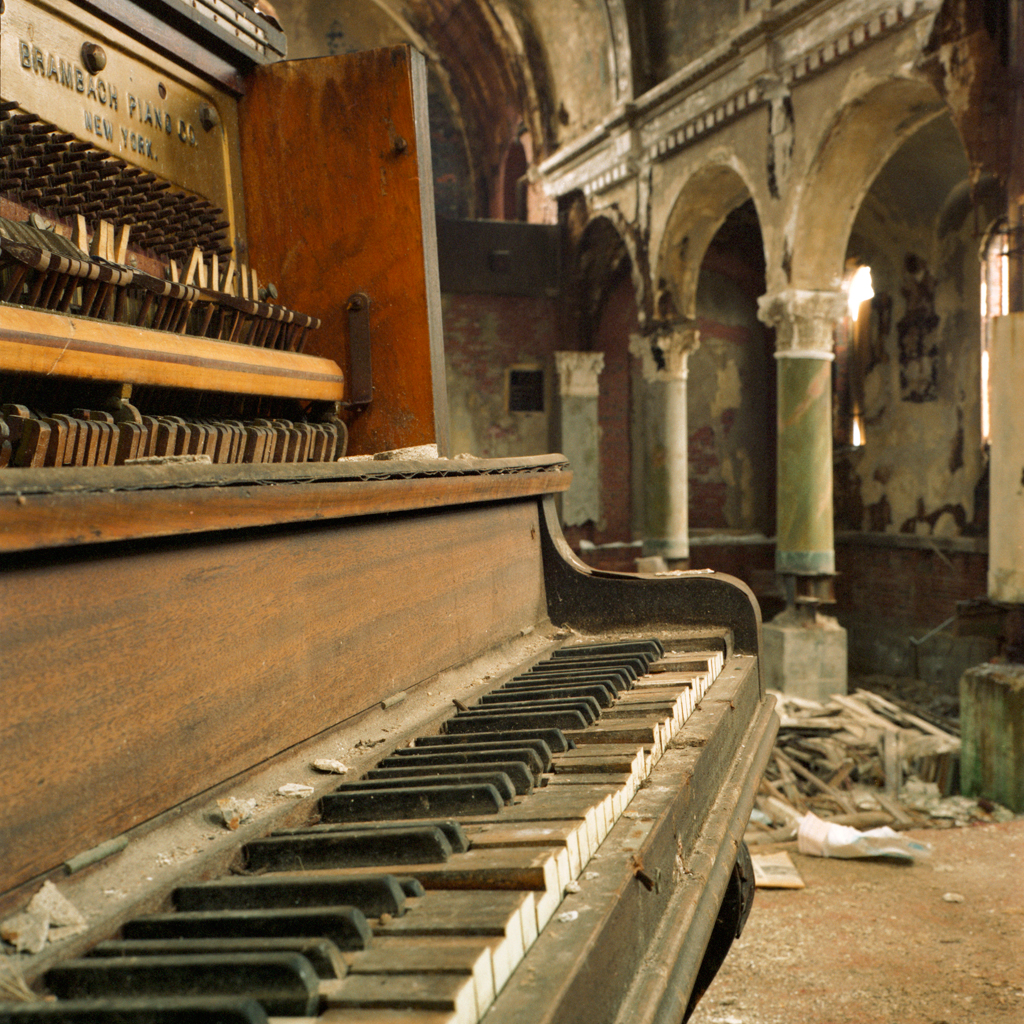 Last month I spent a weekend exploring Cleveland  with the TLR Club and had the chance to photograph the ruined interior of the St. Joseph’s Byzantine Church. The doors to the church were labeled by the fire department with double slashes indicating  that all efforts to contain a fire should be limited to the exterior “with entry only after a risk-versus-reward assessment has been completed” due to structural/interior hazards. An ominous warning but a suitable hint to the complete ruin of the interior of what was once a beautiful church.

The St. Joseph’s Byzantine Church was built to cater specifically to the Newburgh Township (now Union-Miles) Carpatho-Rusyns population in Cleveland Ohio. The first church on the site was built in 1913 and the church (pictured above) was constructed next to it in 1933 for the growing parish. However the suburban flight of the 1960-70’s led to a decline in both the neighborhood and population. The congregation dwindled to 100 members and after Easter Service in 1980, the church closed it’s doors. 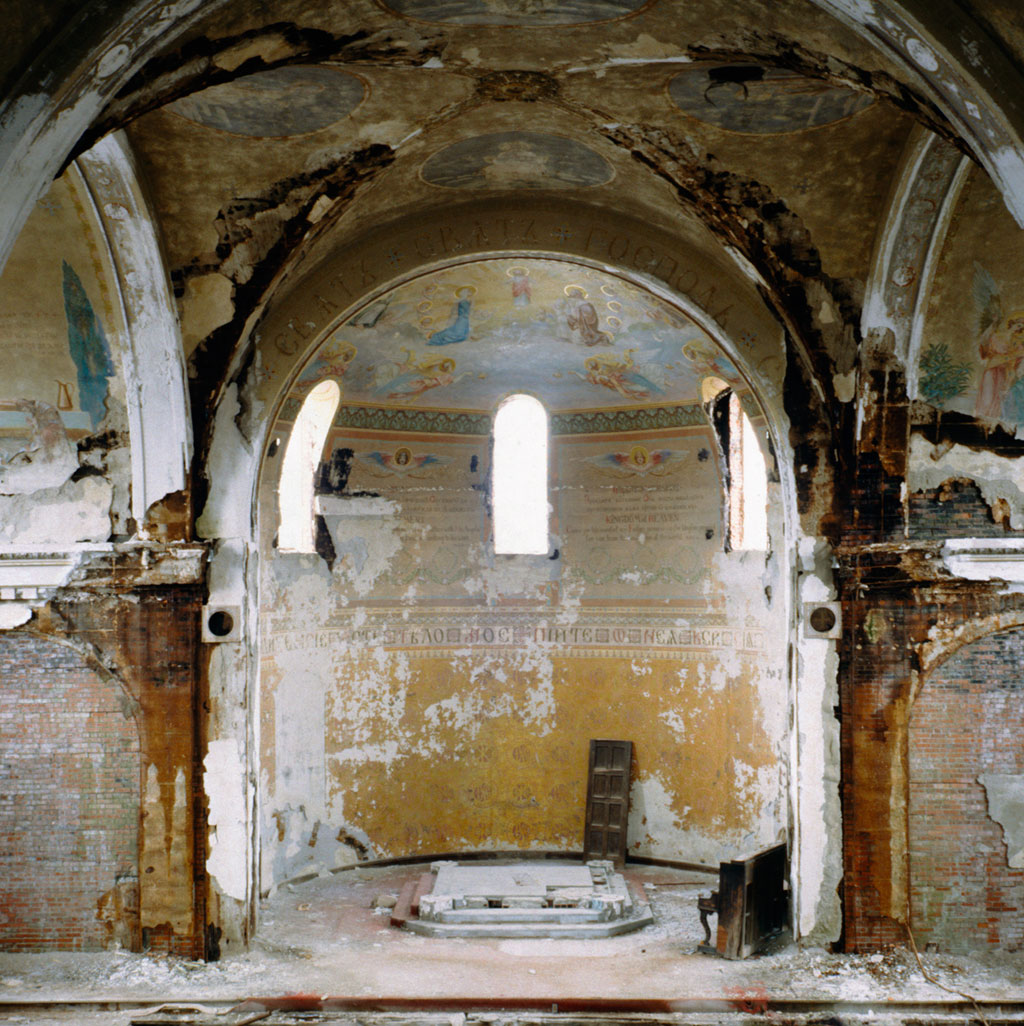 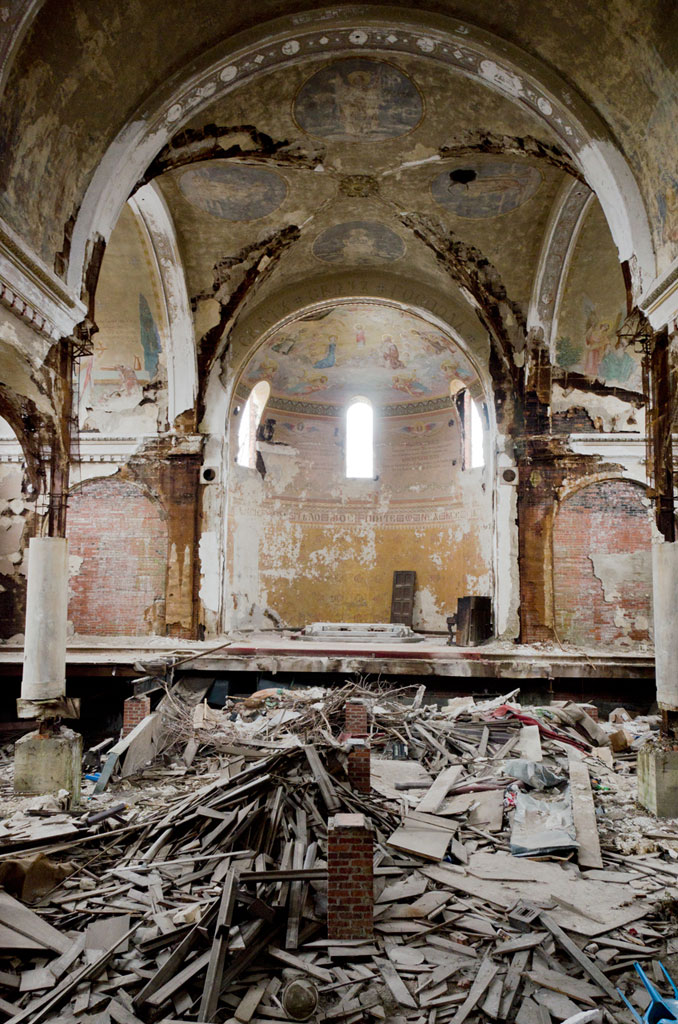 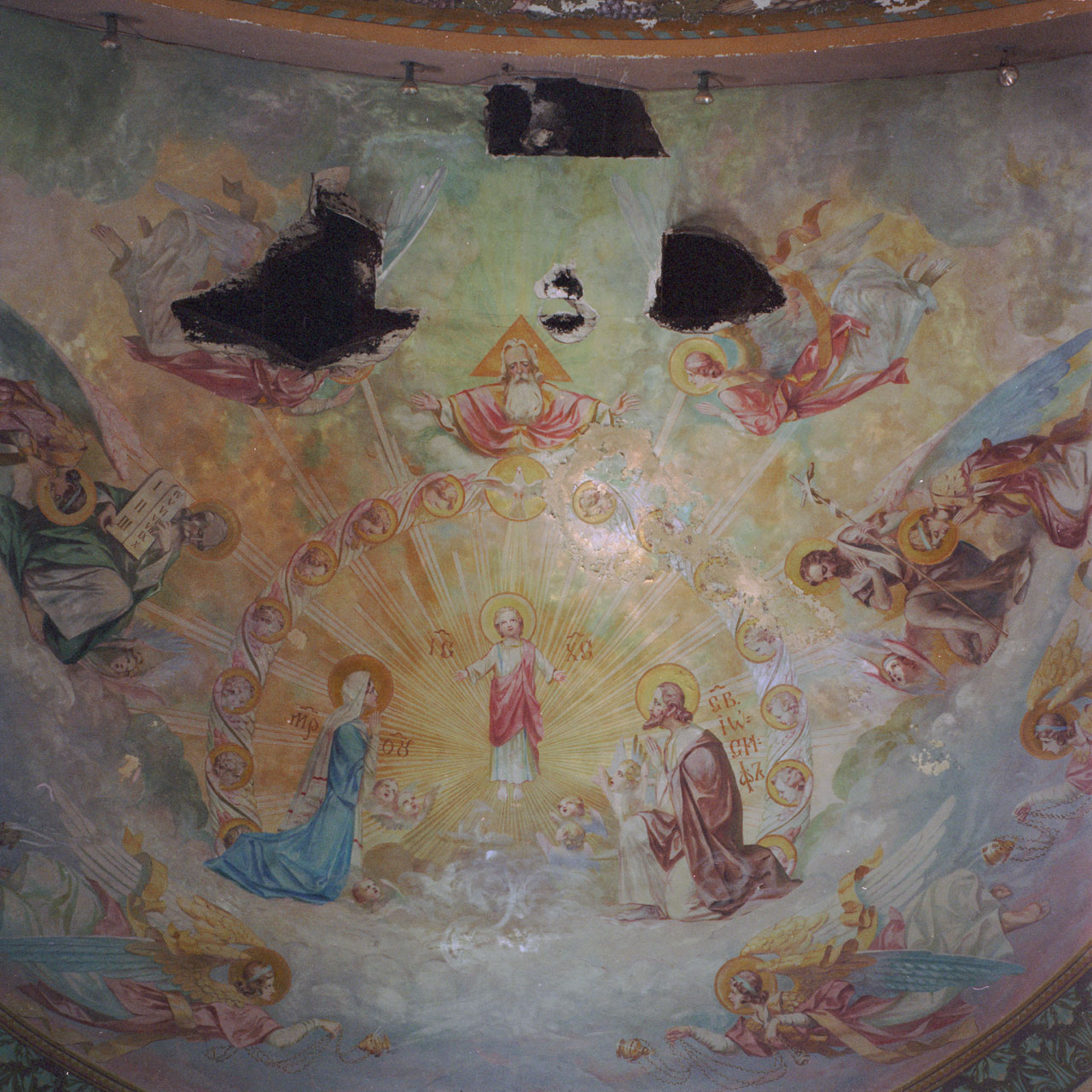 I will be exhibiting photographs of St. Joseph’s Byzantine Church (among others), in an exhibition at Tappo Wine Bar and Restaurant in Toronto’s Distillery District this summer. Check back for details later this month.