We had a yellow jacket nest on the side of our house that had to be removed due to severe allergies to wasp and bee stings, something I feel very conflicted about as we normally embrace all that nature graces our backyard and the environment with . It was unfortuntely pumped full of poison and drowned out with a house by the neighbor. Afterwards I gathered the nest cell structures and put them on the ledge outside my studio window to photograph the next day. Amazingly several days later there was still life in the cells; but for the wasps, survival was really just an extended death.

This is a yellow jacket wasp pupa emerging from a cell of the nest that was “removed” (pumped full of poison and drowned in water) from the side of our house last week. This is a week later and many of the wasp pupa are still alive in the cells; but none of them really survive after emerging from their cells – they are unable to fly and/or carry their own body weight or walk. It’s a macro tragedy; but they are fascinating creatures and I’ve been engaged in observing the remains of the hive/nest during the last week. 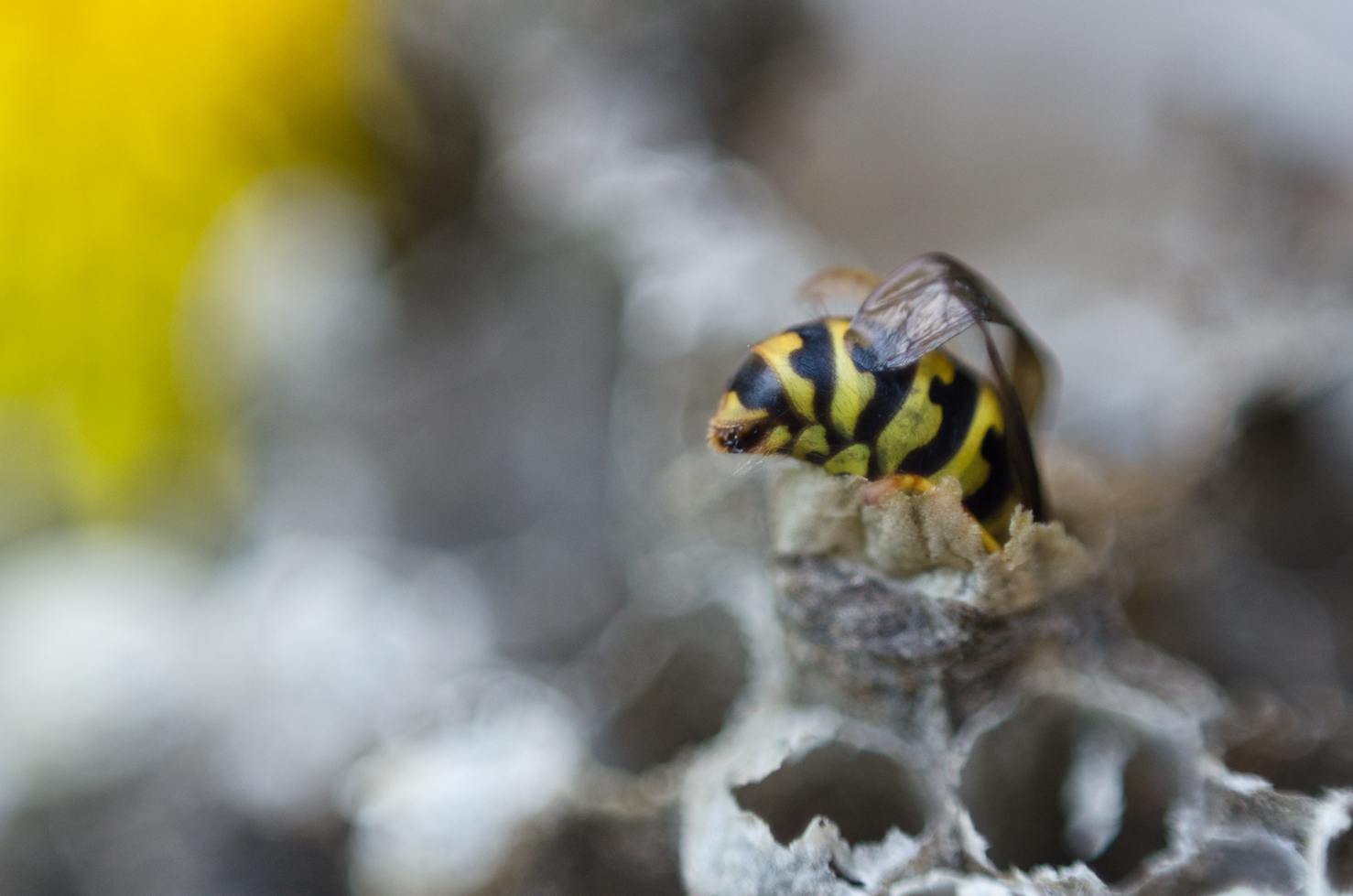 A dead yellow jacket frozen in entrance to a cell. 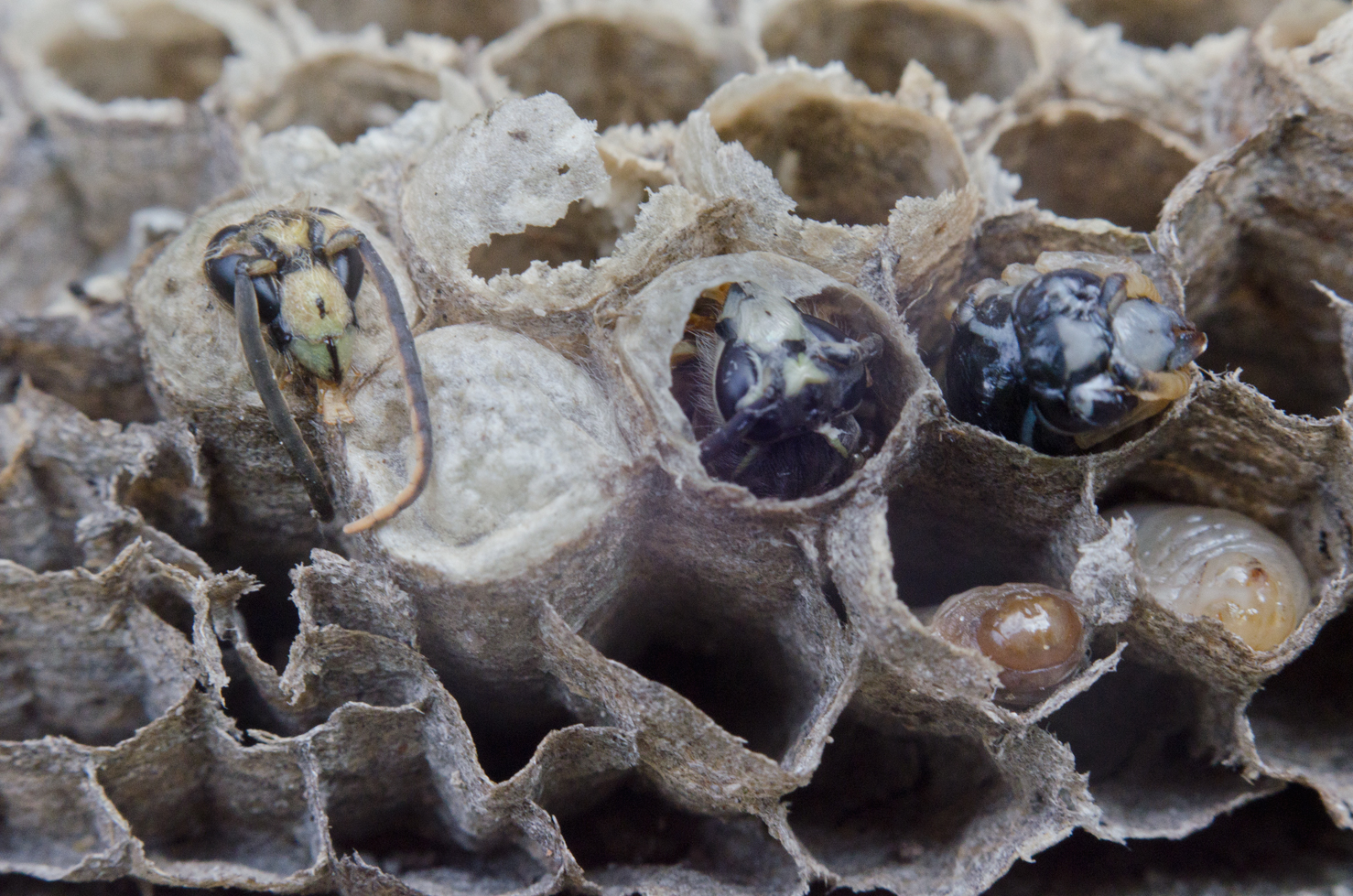 The Yellow Jacket on the far left tried to emerge but died trying. The pupa to his right were both queens that I cut away the cell covering so that I could photograph them. Below are larvae that were alive after the destruction of their nest (not yet in cells) that died several days later.

I had plans to keep the hive remnants for a wunderkammer; but I’m hesitant as life has still ceased to exist in the cells almost 2 weeks later. Nature is powerful.

All of these shots were photographed with my DIY macro lens – a reverse mounted Nikon 50mm 1.8-22