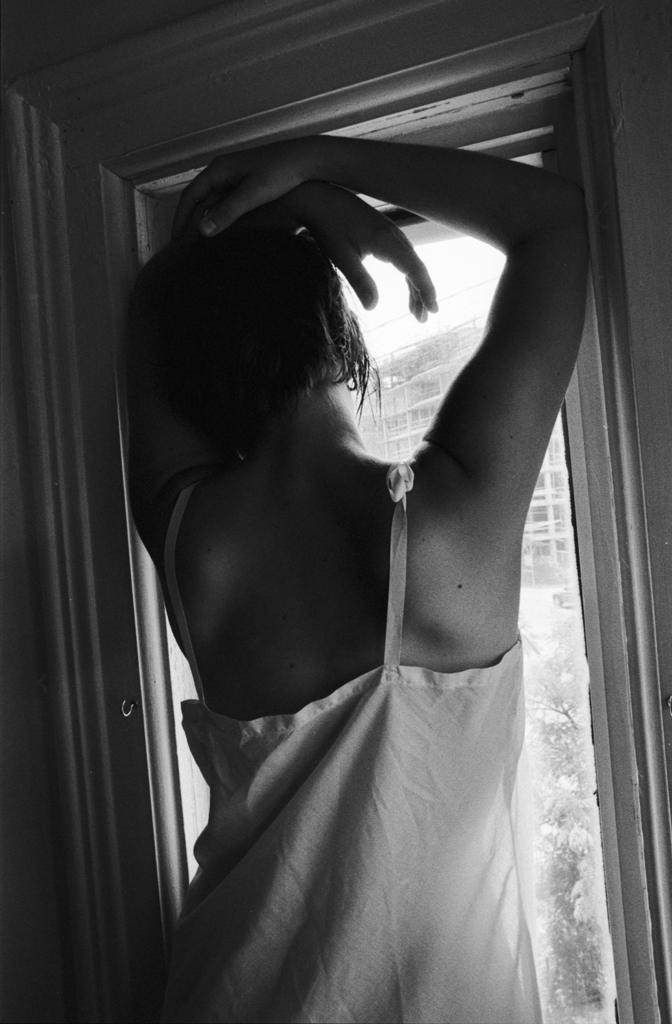 I have been spending some time during the last month reviewing some of my older film based works. So often I printed only a select few pieces that promptly went into my flat files to be immediately forgotten. This photo is from a shoot I did of my friend Jamie in her home. She was/is a modern dancer whose performances I shot frequently through the late 90’s and early 2000’s.

I love the casual position of her hands that were anything but and the  silhouette of her hip thorough the cotton petticoat.