I recently had an opportunity to photograph the interior of the Wellington Destructor (mental note: return this winter for tree free exteriors!).

Near the end of my shoot, after just listening to the squeals and screams of pigs entering the neighboring slaughter house (not awesome), I quite literally stumbled on the remains of this artifact from someone’s childhood that had found it’s way into the collection inside the Wellington Destructor.

Half buried in the foam from a pillow or possibly another doll,  it is ironic that this doll was included in the collection in the hopes that it would find a child or forever home (isn’t there a movie about anthropomorphizing toys?) and instead it is about to become part of the living carpet in the Destructor. 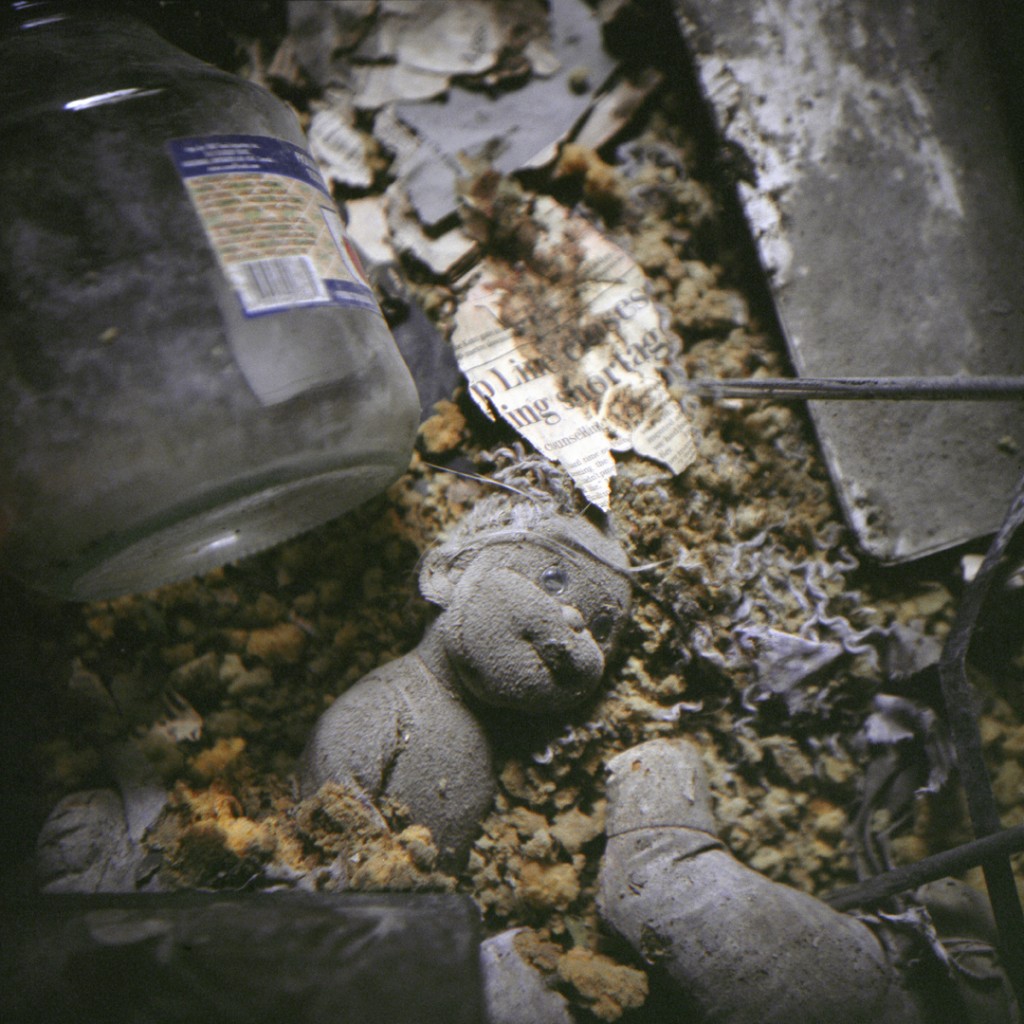 The Wellington Destructor began operations in 1925 as a garbage incineration facility for the City of Toronto, it was adopted for historical preservation by Toronto City Council on June 14, 15, 16, 2005