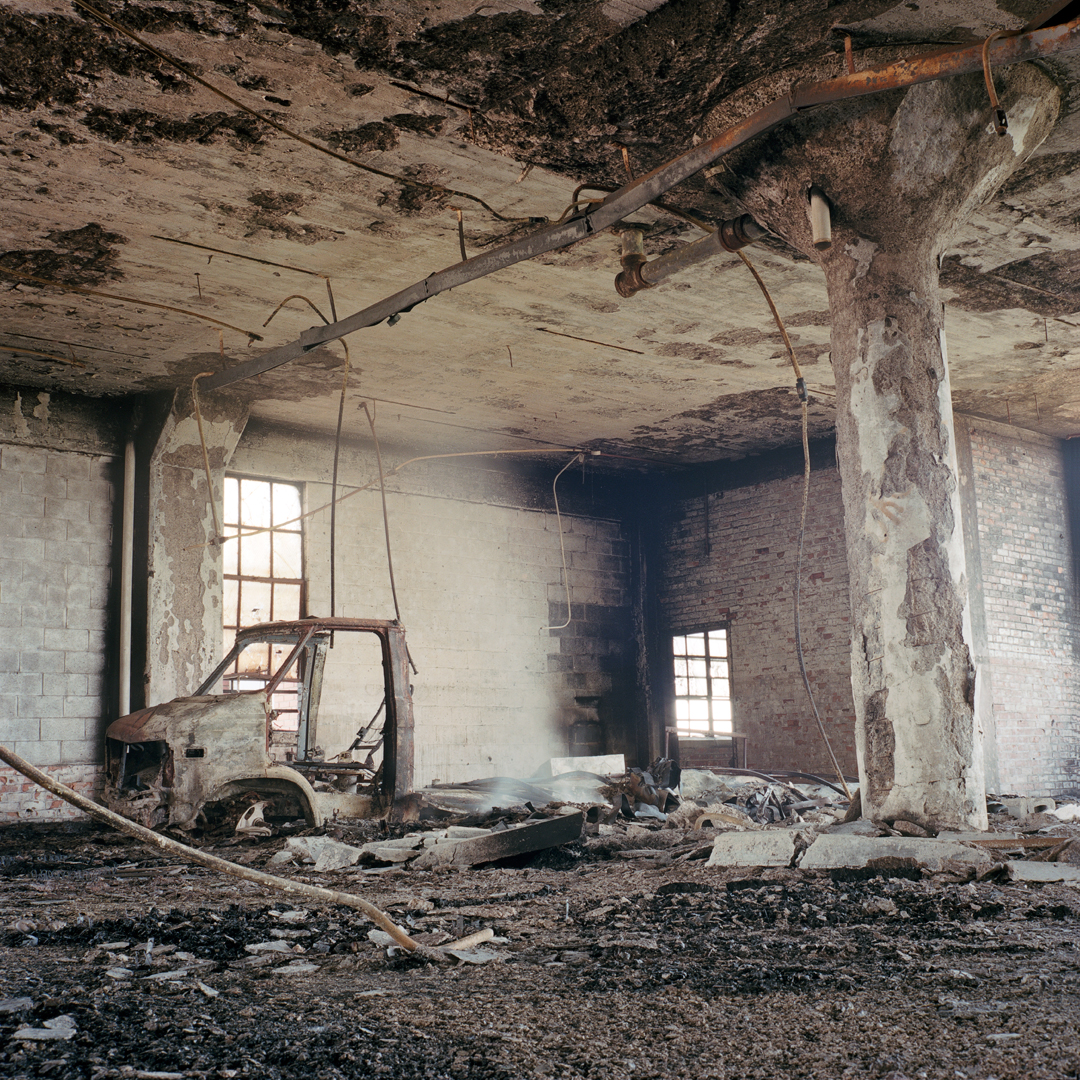 What struck me most about Detroit’s crumbling history were 2 things. 1: The access. There was only one site we couldn’t get into that we attempted entrance too (The Farwell Building), everywhere else was WIDE-OPEN. 2: Fires. Many of the sites had recently burned or in the case of Packard Automotive were on fire! I couldn’t get over the fact that a sprawling property like Packard could be burning without the slightest notice of a fire department. While we were “touring” Highland Park after Packard we had a chance encounter with a resident who explained the “Fire Departments'” reaction time to fire’s with a sly shrug of her shoulders. Granted Packard and Highland Park are essentially 2 different cities, but there just isn’t concern for abandoned properties burning.

Considering the back taxes owed on the Packard site, the cost to demolish what is left of the buildings and dispose of the asbestos et-al ($20 million), a good fire would be a quick fix to the “current” owners legal issues with the city of Detroit.

These are a couple of my fire shots of the Packard Automotive Plant.

See some sweet shots by Detroit Funk of a recent camper on the roof and fire at Packard.